Our Dream – The Immersive Museum 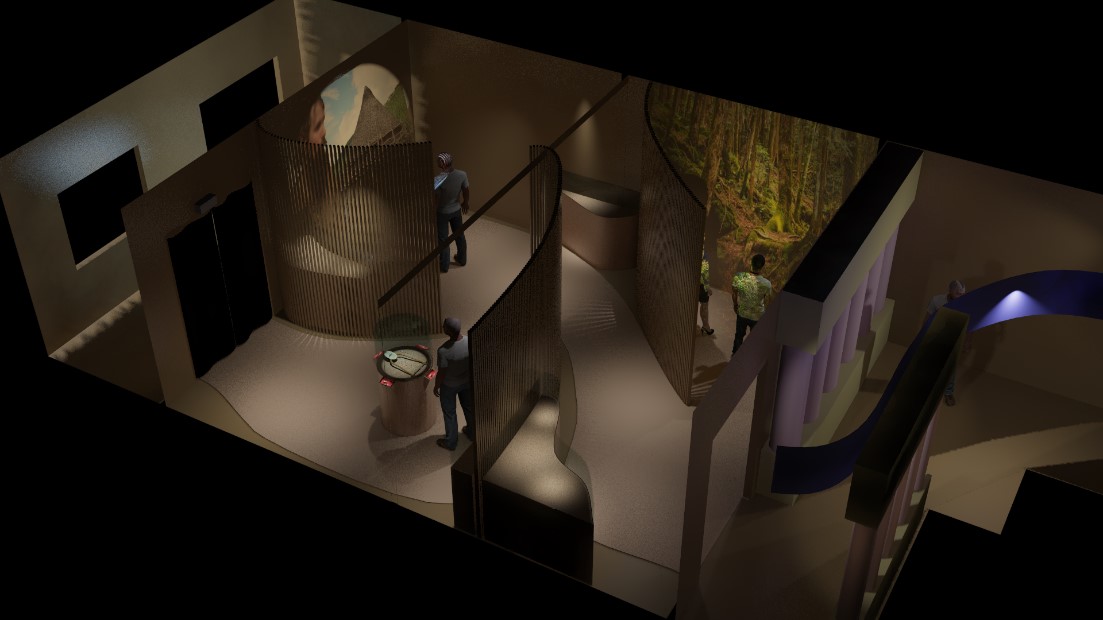 Not everything is possible immediately sadly … the Centre has been through a lot of changes in the past 12 months and, as much as we would love to be implementing the following plans, at the moment, they are part of our dream.

Dr Marco Gilardi, Dr Mario Soflano, Dr Derek Turner of the University of the West of Scotland put forward their ideas to develop an immersive museum at the Centre.

In the past year, the Scottish Crannog Centre has shown a positive attitude toward change and is making giant steps in its renovation, re-designing itself as a modern immersive experience and living museum.

To help the transformation, the Centre was joined by a team of academics (led by Dr Gilardi and comprised by Dr Sofland and Dr Turner) from the Creative Technologies Group at the University of the West of Scotland which helped guide the vision of reinventing the Centre gallery experience as an immersive tour through the ages.  The project was funded by SFC through an Interface Standard Voucher.

Dr Gilardi’s team took a human-centred approach to the redesign of the gallery that gave insight to the visitor’s expectations and desires for their visit, highlighting the excellent work that the Crannog Centre staff already does in making the Centre a living museum.  The team visited the centre as visitors and collected information on the current visitor experience.

Additional data was also collected from visitors.  The team designed a series of focus groups and a design fiction video that was aimed at developing a background story for the design process used to re-imagine the Centre’s gallery experience.  Data was collected with the help of the Centre’s staff who ran the focus groups involving a total of 20 visitors.

From their experience and the data collected from the focus groups, the team identified that the social aspects of the Iron Age people and how they lived were the elements that visitors were most interested in.  In fact, many visitors proposed ‘a day in the life’ and ‘survival as the main themes for the design story.

The story themes were used by the team to develop a new look for the galleries.

The design for the new gallery embeds the idea that visitors walk on a path in a metaphoric forest, discovering along their way how the people of the Iron Age lived, what they ate, their social structure and their music. 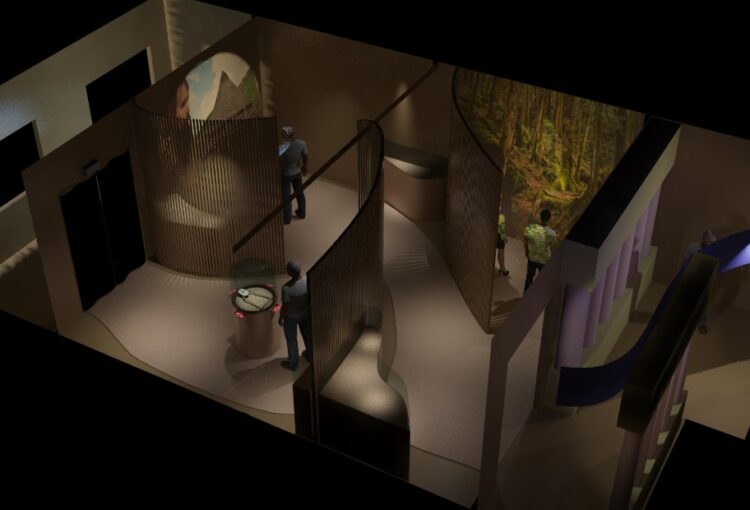 In addition to the gallery design, the team also reconstructed and 3D printed the lyre bridge found during the excavation. 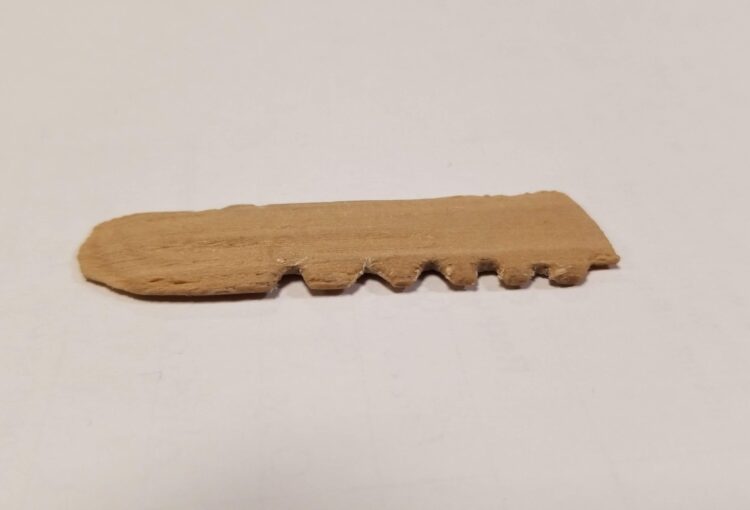 The lyre bridge is a fascinating artefact that gives evidence of the level of craftsmanship if the Iron Age people and inspired the team to spectulate a possible reconstruction for the full instrument as a tortoise-shell lyre. 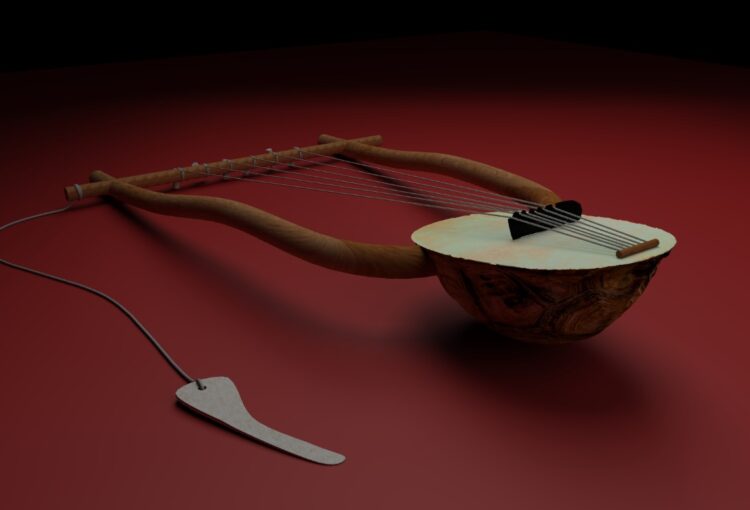 The team also developed prototypes of interactive stands that will take place in the gallery, such as a virtual lyre that visitors can play allowing them to hear the reconstructed sound of the ancient instrument. 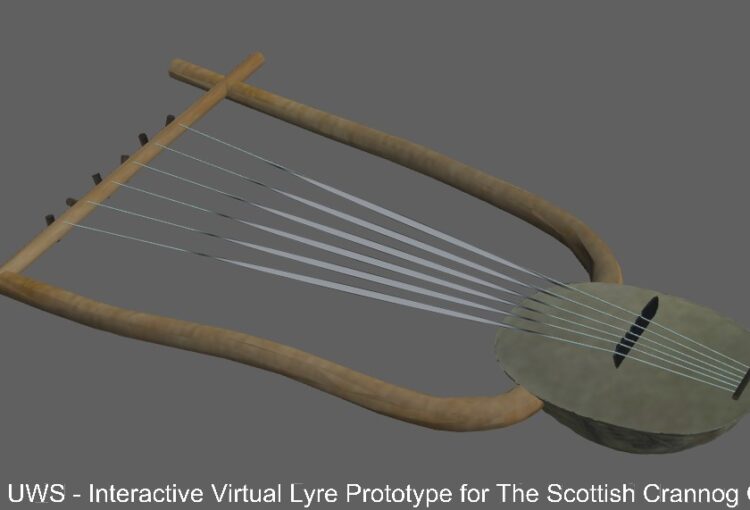 Plus an interactive wall that allows visitors to discover what Iron Age people ate by searching for useful plants and animals in a virtual forest. 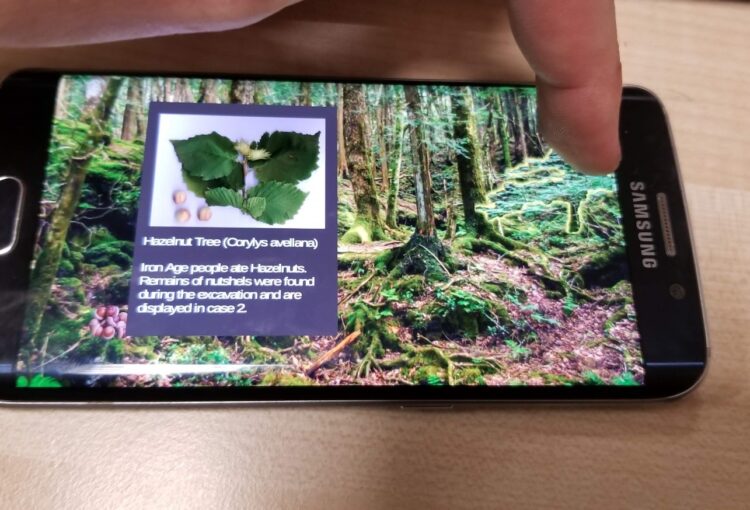 The Scottish Crannog Centre staff were a pleasure to work with and the UWS team looks forward to continuing the collaboration and to help them to become a National Treasure and a model for modern living museums.