The Loch Tay Young Archaeology Club has finally been able to restart meetings in person this year, and have been taking full advantage of the nice weather to get outside and involved in the Crannog Communities current projects.

Caitlin is currently spending her Saturday’s with Izzie interpreting textiles to visitors and is becoming a natural at drop-spinning. Over the next few weeks, she will be learning to use the new 2 beam loom with our textile expert Jason, to recreate an Iron Age 2:1 twill fabric. She has also been making wire jewellery inspired by the Crannog Collection at home, which is pretty fantastic and enjoying the ducks and current broods of ducklings on the beach. 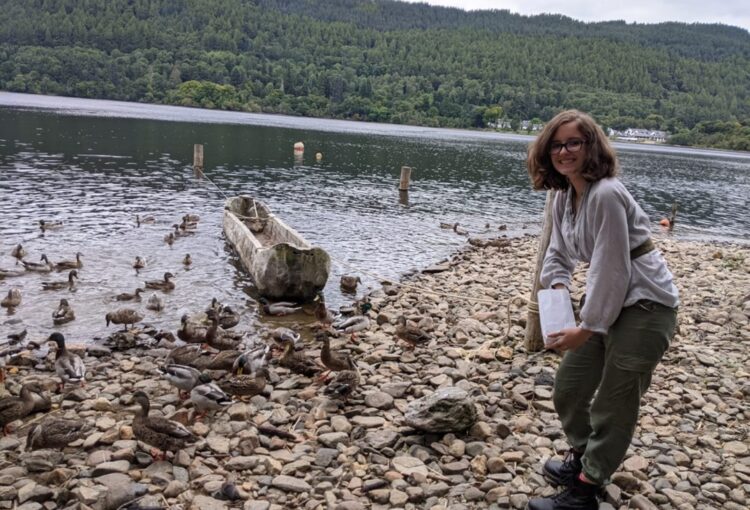 Connor has been spending a lot of time in the cooking area, sharing his knowledge with the visitors, and learning presenting skills. He is getting to be a talented bread baker and butter maker, and even insisted his parents bought double cream when they went on holiday in the summer, so he could make butter for them!
Connor: Recently at the Crannog we were talking about the food that was used by the people living there at the time. They had many foods and crops which included spelt, emmer and barley. Barley could be used to make beer, broth and bread. We also played a game called bat the rat, where you would bat a toy rat with a bat to stop it from going in your grain and eating it. This was to represent how the people that were at the Crannog would stop rodents eating the precious food that would keep them alive in the winter when it would be too cold to go outside. 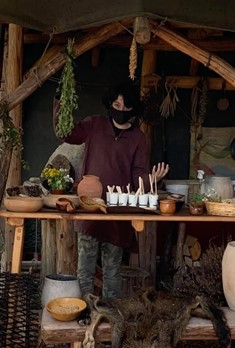 The YAC club has also been hard at work making a booklet about their research on the Kenmore Church Graveyard, which was completed in 2019 via a Community Graveyard Survey. The booklets are soon to be printed and displayed in the church for people to take.
This week, two new members of the Loch Tay YAC, Bente and Edi, were busy potting up the wild strawberry runners that have escaped our flower beds during the summer. They planted them in handmade clay thumb pots that had been recently fired by our pottery lover Becky Underwood. They look fantastic and were a fun way for the YAC club to help raise donations for the rebuild. 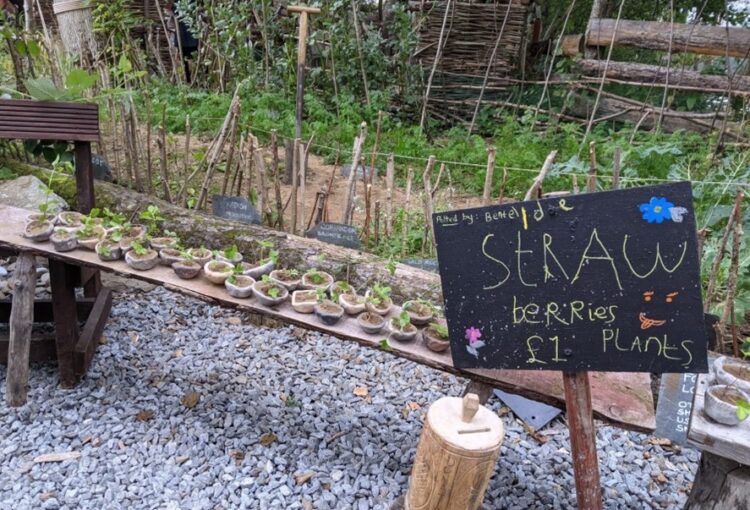 Our Young Archaeologists Club is free to join, and runs every Saturday from 10am. Email rachel@crannog.co.uk, rich@crannog.co.uk or call 01887 830583 for more information.