A journey to the Isle of Whithorn 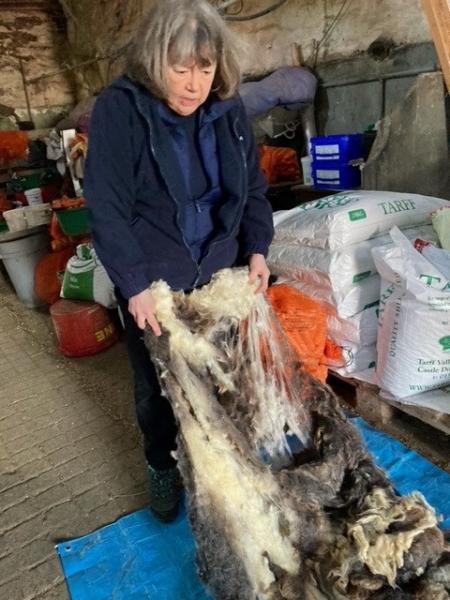 One of our volunteers, Maureen Kerr went to the Isle of Whithorn to collect some new fleeces for the museum.

We go through a lot of wool in the Crannog, what with drop spinning, weaving, workshops and we encourage members of the public who pass through our Iron Age site, to have a go themselves at drop spinning. One thing we need is a constant supply of sheep fleece and at the end of our season last year we had used up all the spinnable fleece in our stores.

I have been spinning for almost fifty years now and am quite good at what I do. I am familiar with many breeds of sheep and know what will spin well and more importantly, what will not !! Over the years I’ve kept up with various hand spinning colleagues and it was one of those I approached for fresh fleece for the Crannog’s new season. I’d bought fleece from her before and it had been excellent. She also keeps ancient breeds of sheep and one of these is Jacob sheep. These hardy sheep originated in the Middle East and ancient Israel. They were brought to Europe via Spain. The name Jacob comes from an old story in the bible, in the Old Testament, book of Genesis, where it records that Jacob became a selective breeder of pied sheep. They have 2 or 4 horns and either sex will have these. They have now become domesticated in Britain having been brought in around the 17th century.

The Jacobs fleece is lovely to handle, to spin, knit and weave. It is also an excellent fleece for students to learn to spin with and it is easy to gain confidence in your ‘beginner spinning’, if you have a good fleece to start with. My colleague did indeed have fleeces she could spare, so down I went to the Isle of Whithorn in South West Scotland where she lived to have a look at what she had. When we’d finished catching up on all our news, she took me out to see her flock in the field. All with the distinctive pied fleece. They all looked very happy and content. Then it was into the old byre to have a good look at what she had for me.

When the fleece comes off the back of the sheep (when it is shorn), it is then laid out flat on a board and ‘skirted’ ; this is removing any soiled wool, especially around the ‘back end’ of the sheep, any bitty looking wool and basically leaving the best of the fleece for spinning. It’s is then rolled up carefully, bagged and tagged with the fleece breed name and sometimes the weight. In the pictures you can see me unrolling a fleece, checking that it is clean and free from dirt and checking for any second cuts. This is when the shearer has gone over the cut twice instead of one long single movement. This will leave behind tufts of wool which are annoying, as they are no good to anyone. Most good shearers don’t do this.

All of Val’s fleece were beautifully clean, full of lanolin as they should be and ready for spinning………I snapped them up. Then away on the long journey back up to our Crannog, where they will be used to spin wool for our new two beam loom. Our students will learn to spin really well with this fleece, our tours that pass through every day will also benefit as they can have a go at a very ancient craft with wool from a very ancient breed of sheep. 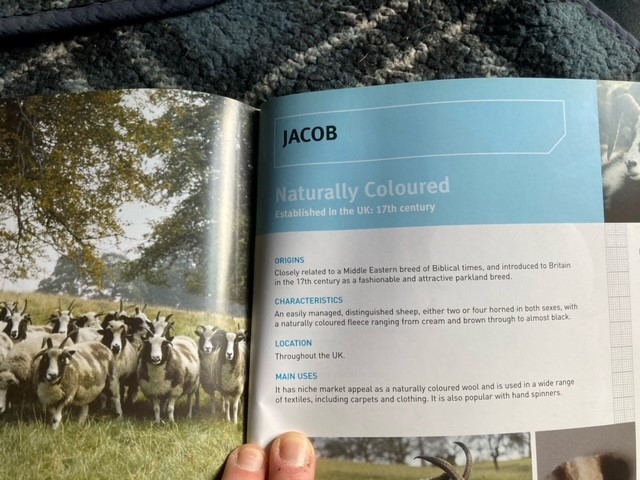 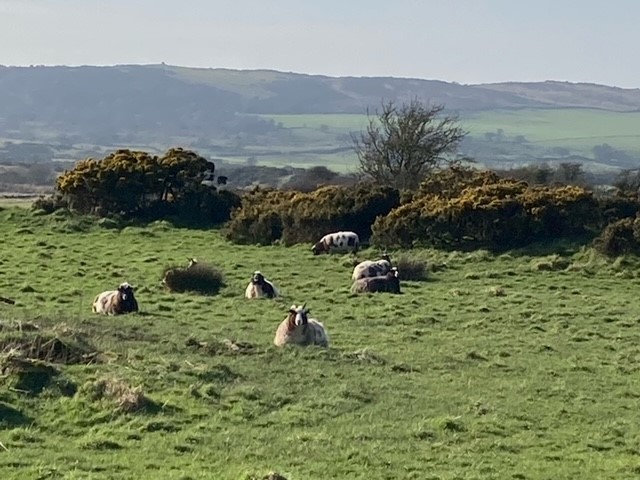 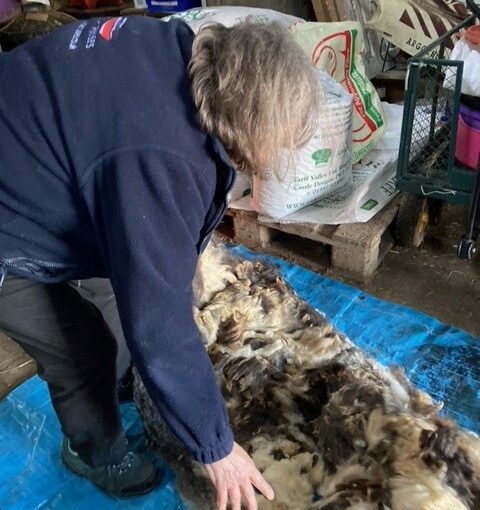