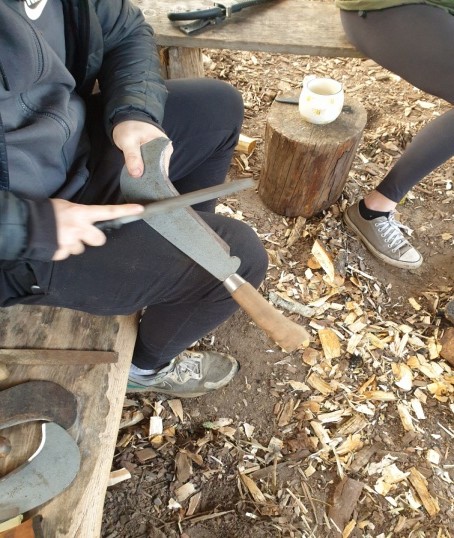 Hi, My name is Iain Paterson. I am a Coppice & coppice craft worker. From being a hobby, I studied through the Bill Hogart Memorial trust in Cumbria. Working alongside existing coppice workers where gained a diploma in Coppicing. I have recently taken on a role with the Scottish Crannog Centre, overseeing the coppice sites at our disposal & and establishing workable sites on the hillside above the Crannog. The main part of my role here is mentoring Cameron, who is doing a year’s craft fellowship through Historic Environment Scotland.

We both started on the 10th of January and spent the week getting to know one another and having a look around at the potential sites. We talked about tree identification and generally what coppice is and the vast range of crafts that arise from sustainably managed woodland. We checked out sites that had previously been offered to the Crannog for managing. We identified three fenced off areas that had been previously worked as the most useful for product and near to the centre, so they could be visited by visitors and volunteers.
In between times we ran through safe knife techniques. Cameron was shown various cuts in the wood in order to decorate various patterns. Tool safety is paramount & we will be spending time on safe use and practice. Preparing for the coppice Cameron started on sharpening bill hooks ready for use.

Cameron and I had been asked to help deliver and prepare for online workshops for a Glasgow mental health group. This gave us a chance to practice knife work and also involve the museum apprentices, Cameron helping pass on the skills he has been learning.

The next step was going back to work the Coppice. I went down to do the chainsaw felling as Cameron was attending a woodland first aid course. (whoop, he passed). We then had a day on site with the other apprentices where we went through the dressing out process and product selection of the previously felled hazel. 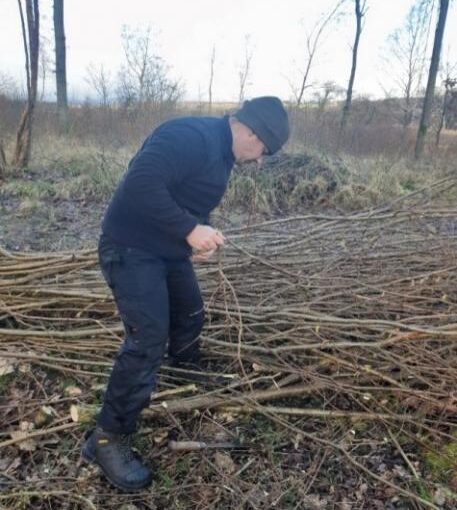 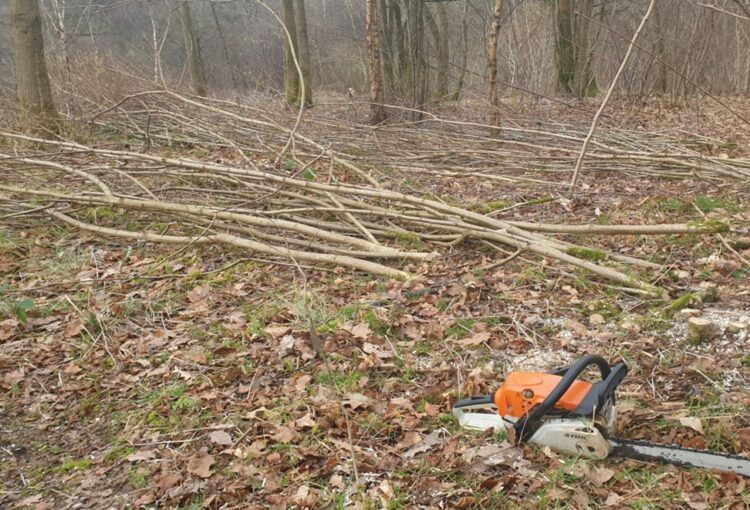 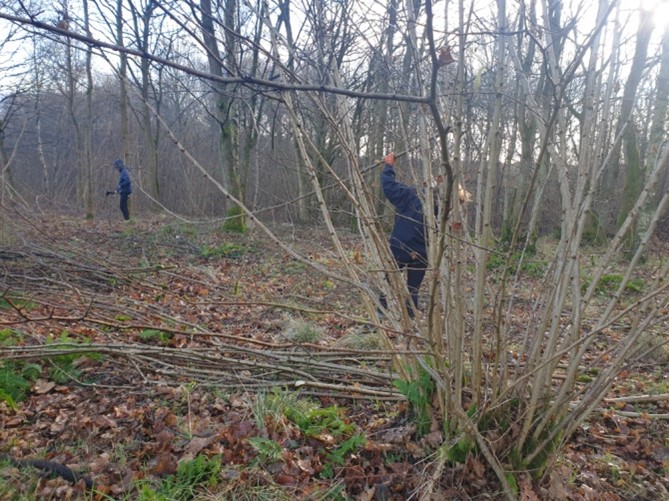 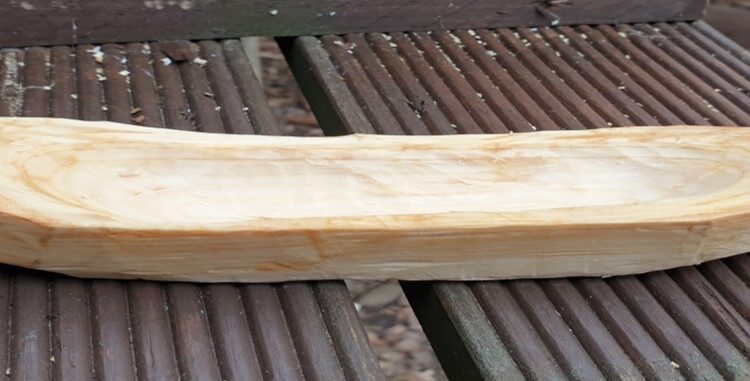