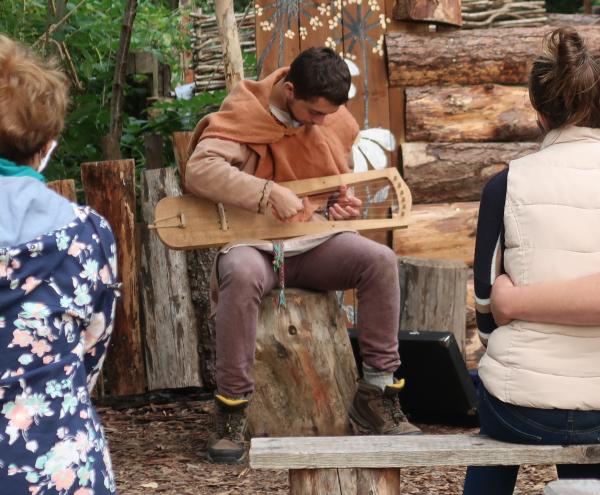 New Customer Service Apprentice Will Kent writes about his first few weeks at the Crannog Centre.

I started the week simply shadowing tours of the crannog and its many different areas. By the end of these two weeks, I have now learnt how to fully guide visitors through two areas: textiles and technology.

The first area is technology; at first, I was taught how to talk about the stone drill. Next came pecking and then I would show three tools – the axe, the saw and the drill, and tell them that the saw was to cut the trees down, the axe was to shape the wood and the drill was for making the holes.

Later in the two weeks, I learnt to finish this area and talk about the pole lathe and explain what it could be used to make wooden objects. I would then show and play the lyre, tell them about the lyre bridge found and then end by explaining that it may have been traded from as far as Greece or Scandinavia. This would end the tech talk and I would send them off to the next area in their social bubbles.

For the textile area, I would show visitors how to card wool with the carding brushes. After the funnel of wool had formed (rolag) we would move on to drop spinning. Next was a brief explanation about nettle textiles. Two years to dry out the and then I would speak about tablet weaving. Lap looms came up next, this was just a brief talk saying how it was simply used to make small amounts of fabric relatively quickly. Warp weighted loom was like the last except for the fact it was slow and used for large amounts of fabric. The last thing I would talk about was dyes. Woad produces a high-status colour and needs to ferment in urine for it to become blue, Madder = red, Logwood = purple & Weld = green/yellow, etc.

For cooking, I was first taught to make simple bread on the fire. To begin we used spelt and emmer flour in an Iron Age bread machine to make the dough then we would put small amounts on the fire pan to give to the visitors (while wearing masks and using hand sanitizer).

The first thing I was taught to talk about was the butter dish. First, put your milk in the churn and churn it, separating the butter from the fatty milk. Get a bowl or indented plate, place the butter dish within (butter dish is a small bowl with holes to allow liquids to seep through). Wrap the solid butter in a cloth and put a heavy object such as a rock on top to push out all the fluid. When the butter is left alone you can put in a sealed container and place it in a bog to keep it from going off. Soon after I learnt to talk about other items beginning with the kinds of wheat such as barley and spelt.

We finished off with the puppet show, which is something that’s a bit of fun for the end of the tour.

The other apprentices, Graham and I spent one morning every week working on a new puppet show. We have currently decided on most of the plot, named almost all the characters and written down the first quarter. Hopefully, we will be able to perform it soon! 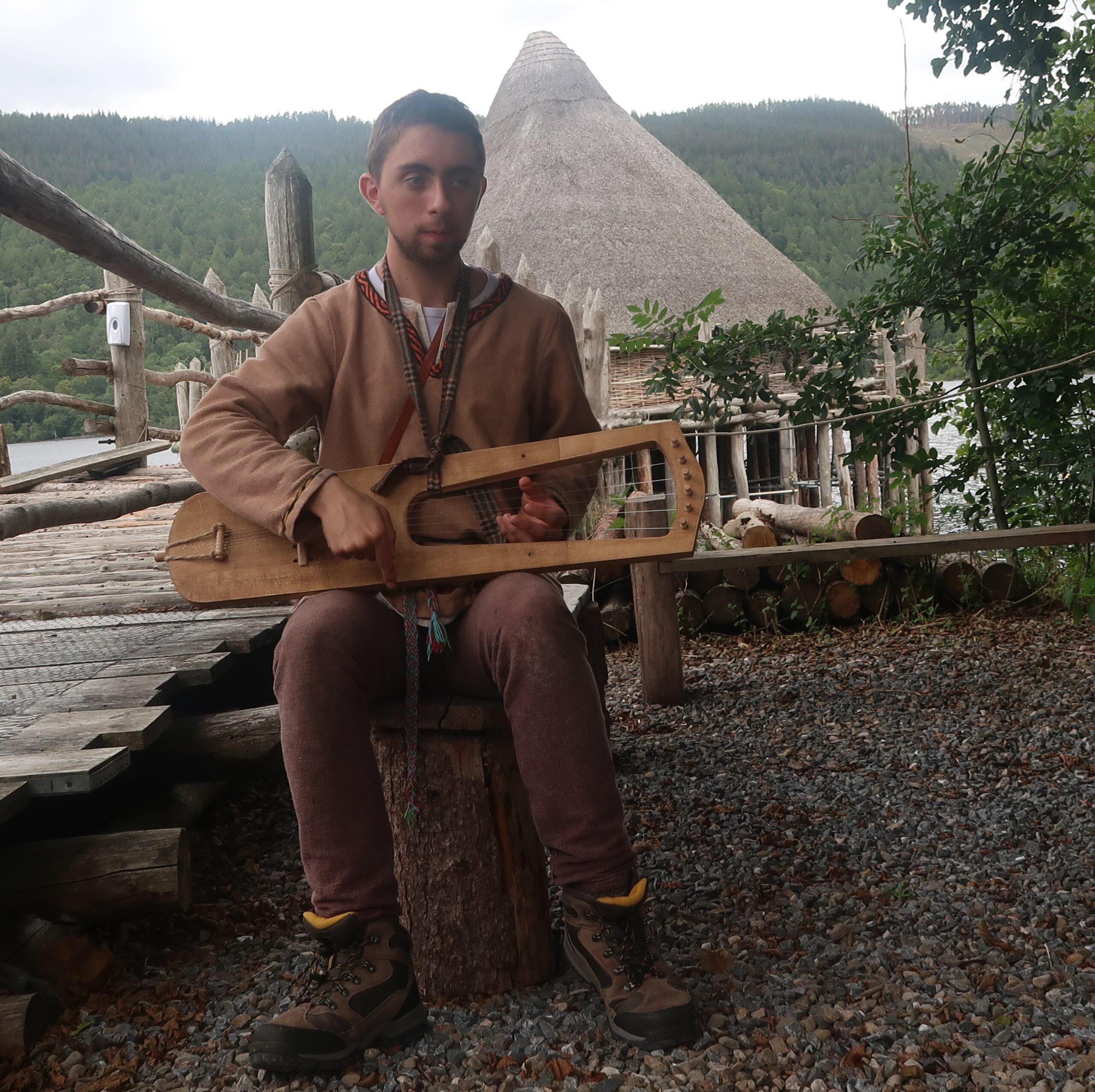