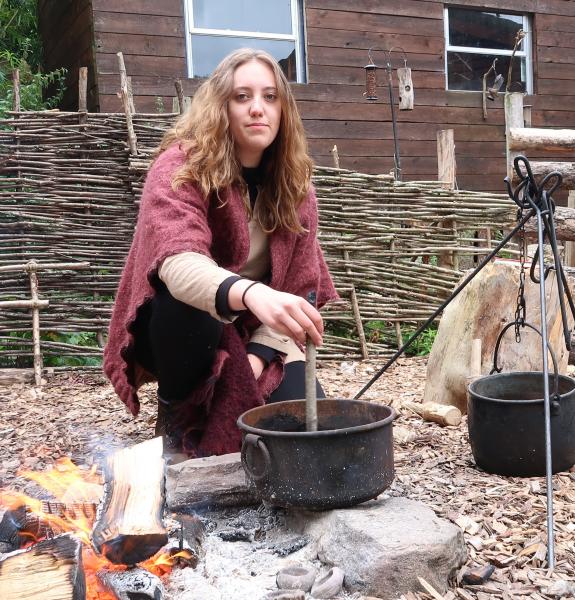 “Hi, I’m Izzie, I’m not from here.” That’s all I said when we had to introduce ourselves on the first day. And now, after 2 weeks, I can’t stop talking. I’ve actually really enjoyed my first 2 weeks; it’s nothing like I expected. Well, I didn’t really know what I was expecting but it definitely wasn’t this. Everyone is so friendly, and we all got along instantly.

The first thing we learned was our tour introductions, which we were all quite nervous about it at the start, but after we did a couple of times, we were alright. After this, I was on textiles, which I am especially interested in. I was working with textile interpreter Jason who taught me how to drop spin, which I’m not too bad at if I do say so myself! He also taught me about the different plant dyes and how they use nettles for ropes and clothing. After I got more confident, I did some talks with Will (one of the other new apprentices) and also by myself. I liked doing them by myself because it showed me how much I had learned in such a short space of time. For the past few days, I’ve been in the kitchen; cooking interpreter Rachel gave me and Will the task of researching some flowers that she found in the woods behind the crannog. We had 9 to research and we found the use and the origin of each one. Then we gave a small presentation together; Will talked about the butter and I talked about the flowers. The flowers also link in with textiles which is useful as I’m going to make a book with all the different flowers/leaves and the dye that they make, which I’m very excited about.

We’ve all also been on the front door with Rich who runs the operations, so we have booked/checked people in (on the first day I accidentally charged someone £70 extra, oops!) and also had to do some stewarding in the museum. We all chose 5 items we had to learn and talk about. I chose the arrowhead, beads, bronze ring, rope, and the whalebone comb. I have done a tour around the museum and I think it went pretty well and I remembered all my facts. Now I just have to do it a thousand more times?

All us apprentices were told to find a project each. Mine is making a drop spindle. For this I have to make a hole in a stone (which is proving very difficult as the stones keep splitting), then I need to put a stick in the stone and tie some wool around it and start spinning. After I’ve got this, I am going to spin my own wool to make a tablet woven belt, which I’ve already tried and it’s probably going to take me a week to do. I’ve also got my book of dyes to do, so I’m going to be very busy.

Overall, I have enjoyed my first 2 weeks very much and look forward to the next year and maybe even a few years after that at the new site. 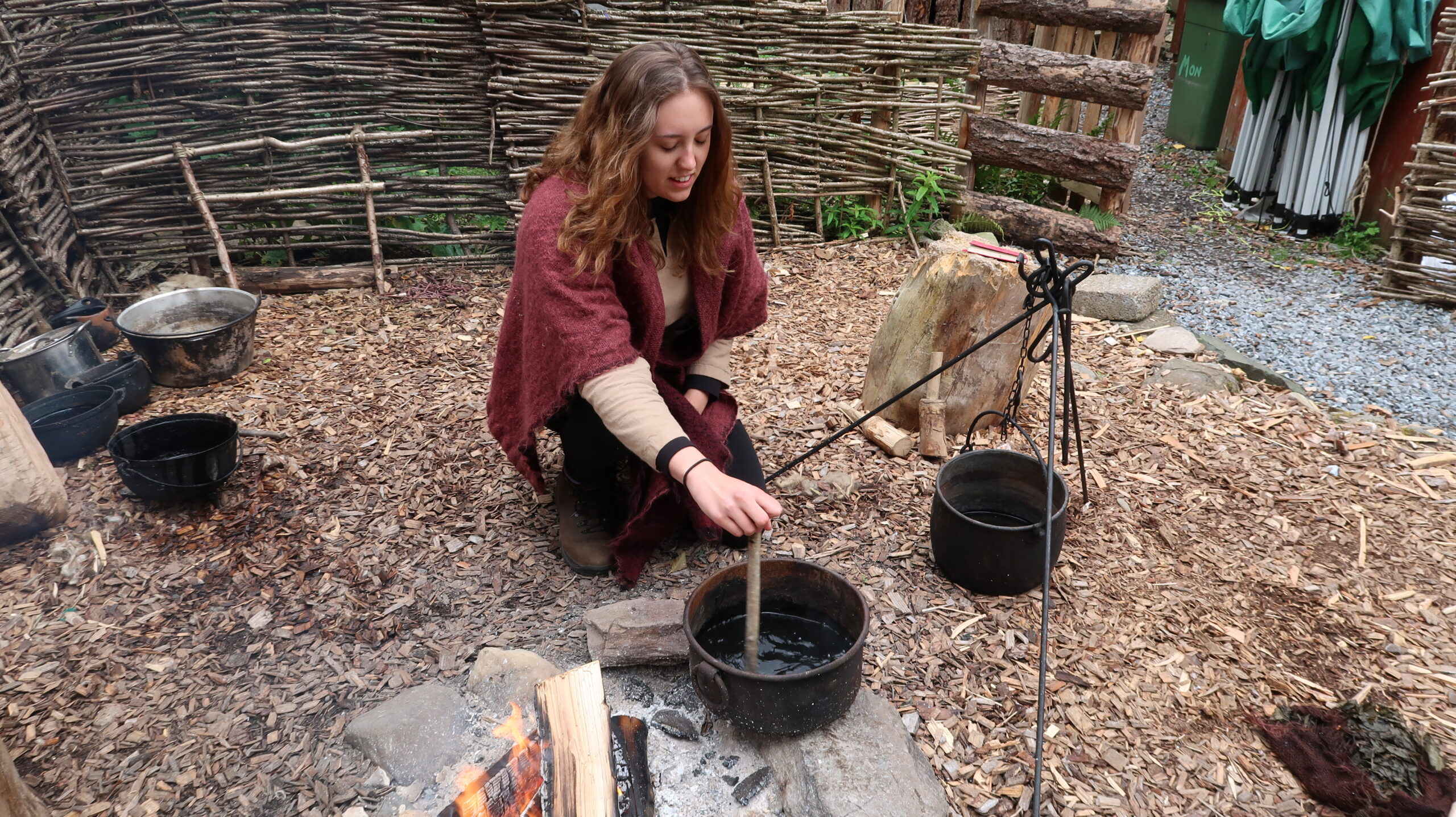